Best Plumber Tips: Are You a Shower Hog? 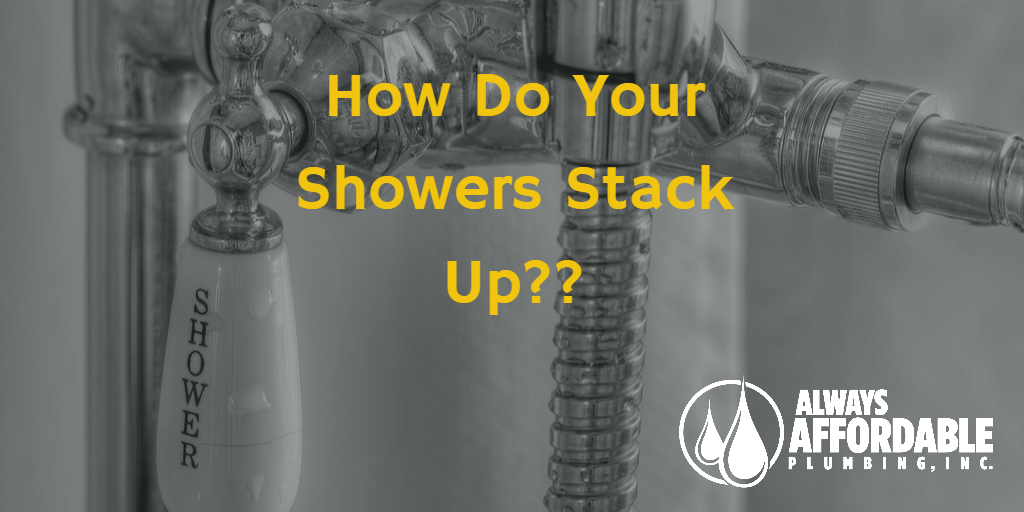 09 Dec Best Plumber Tips: Are You a Shower Hog?

Posted at 06:41h in Best Plumber by alwaysaffordable

See How Cleanliness in Sacramento Compares to Other Countries

The more you shower or bathe, the more you put water, soap residue, hair, and other stuff down the drain. This is not a bad thing! Good hygiene is important. Furthermore, if you maintain your pipes well, clogs should be a minor concern.

That said, Always Affordable Plumbing is constantly on the lookout for information that can save you money. (Are we the best plumbers in Sacramento or what?)

Obviously, shorter and/or fewer showers save water. This, also obviously, saves money. But does anybody anywhere take only two 5-minute showers a week? Or strictly scrub in a tub? And if they do, can you smell the difference?

In our Best Plumber Tips this week we put together a look at other countries’ bathing habits so you can see how your own practices compare. (See the end of this post for the study details.*)

Standing Up for Cleanliness

There’s nothing quite like standing under a steady stream of perfectly warm water. Aside from getting clean, people relax in the shower. They sing. And many innovators have reported coming up with their big ideas while scrubbing up or rinsing off.

When it comes to the global stats, Brazilians and Colombians stood out as taking the most showers. A full 99 percent of Brazil’s population reports showering regularly. About 92 percent of Germans said the same, while 90 percent of the United States’ population admitted a shower preference. China and Great Britain sat in the low 80th percentile.

Brazilians also take first place in terms of numbers of showers a week (14 or more!) and length of showers (more than 10 minutes each!). That’s at least twice a day for more than 20 minutes total. Moreover, the average Brazilian also takes five baths a week.

You may be thinking “Who has time for that?!”

People in the U.S. halve the Brazilian numbers, reporting a shower just once a day on average. However, that’s still every day of the week. And these showers are not much shorter than Brazil’s: about 9.9 minutes each. (Note that a different survey, however, put the average U.S. shower at 13 minutes!) Couple those numbers with three baths a week (an average for 13 percent of U.S. respondents), and you’re still looking at significant bathing time. Remember that the average U.S. home uses about 28 gallons a day on showers.

Full baths seem to be the preference in Asia, where tubs are king in Indonesia, Japan, and India. China was also high on the list, with 11 percent of the people reporting three to five baths a week.

Meanwhile, Indonesians were also practicing another hygiene method: sponge baths. Instead of filling up a tub, sponge bathers wet a cloth, then use it to wipe down the necessary areas. While Indonesians are still taking full baths in addition to sponge baths, the “wipe down” strategy does save water. (Maybe consider sponge baths of your own if you’re trying to cut down on water use? Subbing out one or two showers or baths a week for a sponge bath can save 50 or more gallons a week.)

Time of day also seems to factor into bathing choice. Across the globe, many bathers prefer showers in the morning, but baths at night. Perhaps this has to do with busy morning routines and a desire to de-stress in the evening. Both China and Brazil, however, save bathing (baths and showers) for later in the day.

No matter how or when you bathe, you can call Always Affordable Plumbing at any time. Our team helps with plumbing problems, as well as inspections to save you time and money. Call (916) 970-0099!

For the most affordable plumbing in Sacramento, CONTACT Always Affordable Plumbing!

Service, quality, and affordability for our customers always comes first. Call today to schedule your appointment!

Much of this information about worldwide bathing habits is from surveys conducted in 2014 and 2015. Those reports polled bathers in more than a dozen countries.

Aside from the United States, researchers included Mexico as the USA’s North American neighbor. South American polling included Brazil and Colombia. In the same vein, the European countries were France, Germany, Spain, Turkey, Russia, and the United Kingdom. China, India, Indonesia, and Japan represented Asia, while Australia did double duty as a country and continent. Finally, the study included Saudi Arabia and the United Arab Emirates as the Middle East.